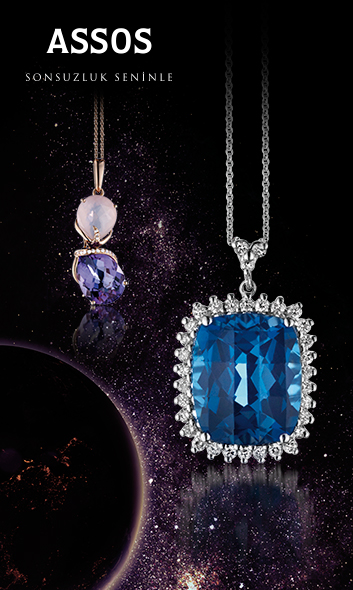 With the objective converting the jewelry into the fashion,the Assos brand was founded in 1997.

He the patent for the Assos brand was establishedin in 1999. In 2002, it commissioned its first wholesale outlet. Commissioning its second wholesale outlet in 2005, Assos continued to grow in the market at a steady rate.

Increasing its product range every other day, Assos entered into the diamond market in 2006. Begining with outlets in 2008, Assos introduced the Shop in Shop practice in 2010 fans and later an Online Shop was opened to serve jewelery fans.

Observinga high-level of social responsibility in its commercial activities, Assos supported the realization of TOG Bazaar, by the Social Volunteers Foundation (SVF) in 2012. In addition to developing projects to supporting non-governmental societies, Assos also introduces innovation to the jewelry world. Also in 2012, it commissioned its outlet in Trump Towers.

Today Assos’ products are on sale at more than 1000 sales points located in 26 countries, this is for thanks to its ability to direct the jewelry world with its expertise and models creating difference.

Due to its retail approach, product/service standards and superior aims , Assos takes firm steps towards to the customers’ satisfaction. Its transparent, investing in training, innovation and development together with its employees , for obtain onperfect services from design until the sales floor Assos ranks among the first in national and international jewelry markets.