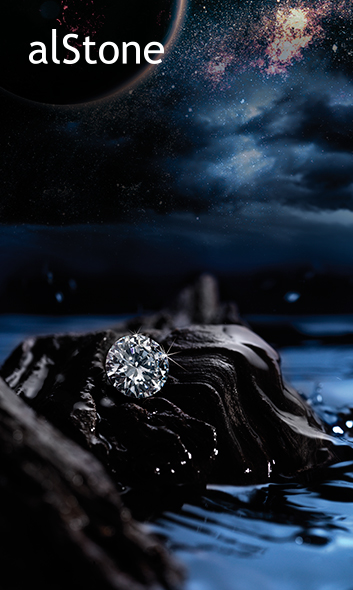 With its total assets of TL 1.160m and equity capital of TL 82m, Creditwest Bank Cyprus’ credit rating was increased to ‘AA+’ that indicates “suitable for high level of investment” as rated by (International Rating Organization (JCR).

Concentrating its operation in the new Şerefhan office since it moved in 1994, the development of the brand has been continuous; undertaking significant accomplishments. Diamond trade was initiated in 2005 and moved to the Çuhacıhan branch in the same year. With this progress,under the name of Alstone, the brand accomplished a first in Turkey by bringing synthetics and diamond under the same roof.

Opening its Kuyumcukent branch in 2011, Alstone increased to its outlets to two.Alstone speeded up its operation with the aim of providing perfect service to its customers with view to increasing its branch offices. 3rd branch in Nuruosmaniye was commissioned in 2011, Alstone continues to increase its product range by putting its signature to other successes.

Today, with three branches of Alstone takes firm steps forward as one of the leading stone brands in the market thanks to its expert staff, and exclusive lines in diamond and synthetic stone sales.